Wherever you will be on Saturday May 10, Pangea Day, you are warmly invited to join me and countless others around the world for a powerful, first-of-its kind experience.

Gathered in homes, movie theaters and larger venues, we will participate in a remarkable program of films and talks -- a kind of super-charged, marathon TED session -- celebrating our common humanity. If you think of yourself as something of a global soul, it could be one of the year's highlights. And in fact you could play an invaluable role in helping it realize its full potential...

On that day, we invite you to gather around a screen with your family, friends and neighbors, preferably from more than one country. Pangea Day will be available on TV in many areas of the world. In the US, the full four-hour program is being carried live on Current TV, available in 41 million homes on the major cable and satellite systems. Current TV pioneered the vision of citizen-empowered media, and we're delighted to be partnering with them. We have similar agreements with the massive satellite network Star TV in China/India/Asia, with MGM Networks in Latin America, with Sky in the UK, several partners in the Mid-East, not to mention Indonesia, Mexico, New Zealand and many more. Full details will be posted on our website next week.

And thanks to partnerships with Akamai and MSN, we will also be available on a live, full-screen web-stream everywhere with a broadband Internet connection.

The best way to watch Pangea Day is not just as a normal TV show or web-stream. It should be watched as a community event. We want the sense of the great global village gathering around a campfire. We already know of more than a thousand self-organized screenings taking place in homes, clubs, and movie theaters. We expect thousands more come May 10.

As many of you know, the day is the result of the combined efforts of countless TED supporters around the world, inspired by the TED Prize wish of film-maker Jehane Noujaim. She dreamed of a day when people around the world could share the the same film experience at the same time. The idea has grown into a giant global project... thanks to you. To get a sense of the scale of ambition, please take a minute to watch this beautiful trailer.

Here's the state of play:
- Out of thousands of submissions, we have assembled a fantastic line-up of films. There are about 20 in total, ranging in length from 2 to 15 minutes (most of them around 5). They all tell powerful stories, often without language, of what it is to be human. They are, by turns, funny, touching, dramatic, inspiring.
- But you won't just be watching films. You'll be watching the world watching. We're bringing in live audience images from around the world. Watching a film about reconciliation is one thing. Watching it while simultaneously witnessing the reactions of people who are supposed to hate each other will be something else altogether.
- The day also features a dozen powerful three-minute talks from scientists, film-makers, story-tellers and global visionaries. Just as a session at TED takes us on a journey stimulating every part of our brains, so will Pangea Day. Don't dismiss it as a warm & fuzzy peace-fest. The project builds on the latest ideas in anthropology, psychology and technology. We'll be revealing how.
- The whole program is being broadcast in front of a live audience of 1,000 (from more than 50 countries) at a spectacular set being built at a Sony Studios soundstage in Los Angeles.
- It will look and feel like nothing you've seen before.

If any of this excites you, please would you consider doing something to help the day realize its full potential. There are three specific things you can do.

1) Make firm plans to participate on May 10th. As a friend of TED, you can apply for free tickets to our main satellite-connected locations in LA, London, Rio de Janeiro, Kigali, Cairo or Mumbai. If you know you can bring a group of at least six people who will commit to being there for the full program, please write to pangeadaytickets@gmail.com.
Or, attend one of the other screenings listed in your area here. (If you happen to be in the San Francisco Bay Area, you can join a screening being organized there by a great group of TEDsters. Please write to Taylor Milsal, milsal@gmail.com)

2) Host a screening. It could be in your home with a few friends and family. Or you could book a larger venue in your neighborhood and open it for others to come join. You'll just need a large TV screen, the right channel access (or a good Internet connection) and willingness to spend four hours as a global soul. The Pangea Day website has the details you need here. Make sure to add your screening to our fast-expanding global map.

3) Most important of all. Please help us spread awareness of Pangea Day. There are numerous ways to do this:

- Forward this email to your friends and colleagues... and invite them nicely to do the same!

- Point people to some or all of the following high-impact films:

The series of anthems sung by one country for another that I sent you earlier this week, e.g.

A viral Pangea Day film that debuted at TED this year.

- Make use of these ads on your website. We'd love to see millions of banners out there promoting the day.
- Use any contacts you have to get media coverage for Pangea Day. There are a lot of great angles to this story!
- You could even offer to take out paid advertising in your local media. We have terrific material for print, web and TV.
- Become a fan on Facebook by clicking here

Do please write and tell us what you've done (you can write to my colleague, TED Scribe Jane Wulf, jane@ted.com). We want to recognize and celebrate those who make inspired contributions to the day.

OK, that's the practical stuff. Do you have one more minute? I'd like to just say something more about why Pangea Day is worth your time and effort.

I think we can agree our world is becoming ever smaller/flatter/more inter-connected. An important consequence of this is that all of the issues that matter -- war, terrorism, poverty, disease, human rights, environment, climate change -- can only be tackled now from a global perspective. And yet the people supposedly trying to solve them are almost all serving narrow mandates on behalf of their nation, religion or tribe. There's a terrifying mismatch here between the nature of the problems and the means the world is deploying to tackle them. "The world" itself doesn't even seem to have a seat at the table.

But there's no reason this should be so. It is absolutely possible in the 21st century for us to begin a truly global conversation; to start nurturing that identity we share: one humanity. Some use the language of promoting global citizenship, or reducing cross-cultural suspicion, or expanding our circle of empathy, or eliminating the "us/them" mode of thinking. These goals are all linked, and any progress toward them is, I think, a very big deal.

I was brought up in an international boarding school in India with kids from more than 30 countries. We had a shared experience of each others' lives. Differences in color and race gradually faded.

I'm convinced today's media have the power to humanize "the other". To help people make the mental switch from "them" to "us". Telling stories through film is especially powerful in this regard. At the start of a film, you see someone strange-looking. At the end you feel kinship. There's no moral effort involved here. It's just a natural mental repositioning. Call me idealistic, but I really believe that that mental shift holds the key to our shared future.

Of course, May 10th won't lead to an outbreak of world peace. But I do think it will reveal a sense of possibility: the possibility that there are incredible new ways of using technology as a force for good; that peoples' minds are not locked in a dark place forever; that our global village can start the long journey from "us/them" to "we".

As the Pangea Day website says: Films can't change the world. But the people who watch them can.

Huge thanks from me, Jehane and Pangea Day's executive director Delia Cohen to all who have helped make this project possible, including scores of TEDsters, the amazing Pangea Day and TED teams, TED patrons Shawn and Brook Byers, website-creators Avenue A/Razorfish and our visionary sponsor Nokia.

Please join us for this final, crucial chapter. 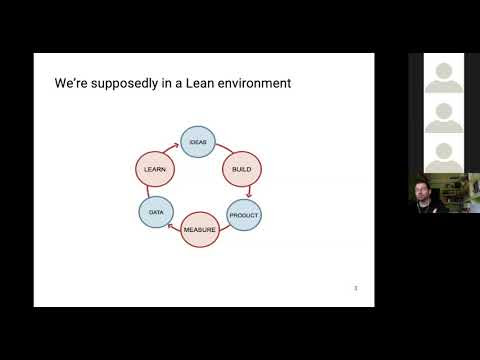