Drawing as a way to understand advanced topics 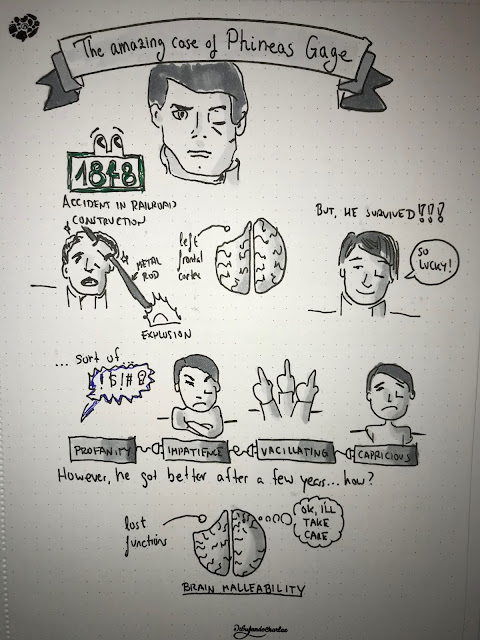 I have always loved drawing. When I was an 8-9 year-old kid and I had to spend the summer at my parents' driving school while they were working, I could spend the whole morning drawing sheet after sheet. I was into the world of superheroes, so I invented my own supergroup. I even published my own comicbook while at school... meaning, I xeroxed it and sold it to friends :)

Most of my assignments at school while at junior high had cartoons all over them. I still remember the face of my history teacher when I delivered an assignment about Philip II, King of Spain, where each "character" in the story was drawn. From the King to Antonio Pérez.

Then, life came, and I stopped drawing. I continued drawing some basic cartoons that were used when signing a birthday card or the like. But I just basically forgot about it.

Around five years ago I went to give a talk to Cáceres, in Extremadura, Spain. During that talk, one of the organizers seemed to be busy doing some writing in his iPad, but didn't quite see what he was doing. A few days later, he published it on Twitter. 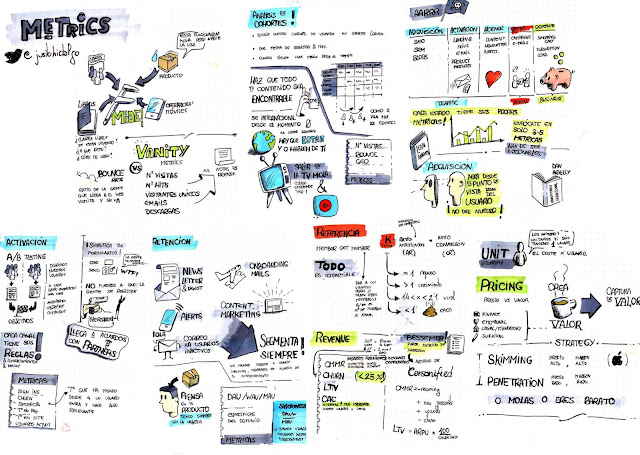 This type of sketchnoting, when people draw what someone is talking about at a conference, course, etc., was not new to me. Back in 2013 I had organized the recording of a live sketchnoting session for 24symbols in the context of a TV program we were participating at that time. I am still quite proud of the work done :) However, it was a great artist who executed the drawing, not me, so I did not find any excuse to go back to my roots.

The organizer of the talk, Javier Alonso, came back to my life a couple of years later, in 2018, as he started to teach HOW to start drawing while taking notes. I found it very interesting and, breaking my internal law of not attending events on the weekends, I spent a full day with a good bunch of really interesting people and learning from Javier how to make the most of a talk by drawing it. I really enjoyed it and while the initial results were so-so, I started to think about how to make the most of what I just learned. 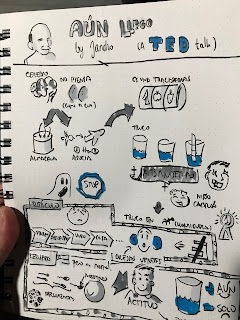 I was not that interested in sketchnoting. When I attend a talk, I prefer to either just listen to it, or take mindmaps. And I am not a quick cartoonist anymore, so I would always lose context.

But there was something I was already doing: draw my own presentations. While at 24symbols, there were some cases where, instead of using our standard slides, I would just go crazy and draw 5-6, even a whole presentation deck. Typically in relaxed environments where audience just wanted to know a little bit more about what we were doing and our story.


So with this in mind I evolved my interest in drawing to a new topic: what if I started to take visual notes of books I read? I mostly read non-fiction books and I take notes of what I read whenever something pops up.

And that's what I am doing. Since 2018, I am drawing visual notes around a topic, which is Behavioral Psychology. With Robert Sapolsky's Behave as the root, but taking insights from many others, I am, little by little, crafting a set of notes around this topic. This is an almost never-ending process and I do not always find the time (like during our current confinement as I do not have the notebook and pens with me :( ) but I continue advancing and enjoying the walk! 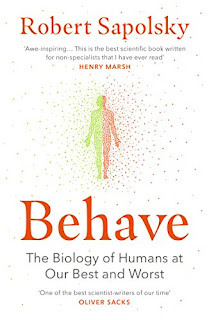 This has also been very useful when preparing courses. During the last couple of years I have been spending more and more time reading, thinking and experimenting around the concept of behavioral product management and how to implement choice architectures when designing digital products. And, by following the rule that says that the best way to learn is to teach, I have been teaching the topic in different business schools and organizations since early last year. Having written these cartoons allow me to quickly craft visual explanations without losing the fun of doing it.


By now, I have been able to draw about different topics. For instance, this drawing tried to explain the Decoy Price in simple terms: 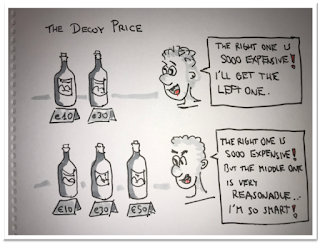 From there I went a little deeper into some of our apparently irrational behaviors, which led me to concepts such as the interoceptive information. 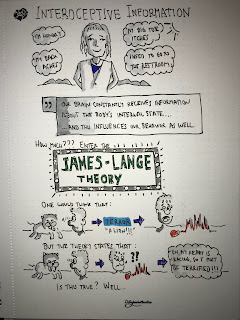 And I just recently finished a broad but challenging study about neurons and DNA in order for me to understand the gap between neuro and behavior. 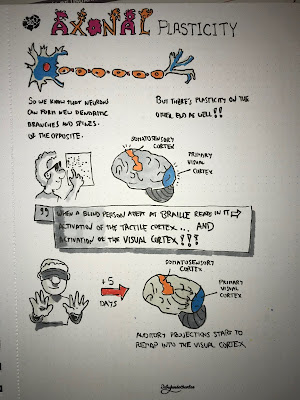 All in all, I have over 90 pages drawn, which, I would argue, is not a great pace but good enough to enjoy what I do.

Hope you like it, let me know if you have good ideas around the concept of sketchnoting!